Although he rose to fame in the public eye with Made in Chelsea, Jamie Laing’s notoriety stretches all the way to the 1890s with his ancestor Sir Alexander Grant, inventor of the McVities digestive biscuit. Made in Chelsea has been running with ever-increasing popularity since 2011, and the influence it has had over fashion and beauty styles is undeniable. When it comes to men’s style, Laing has been a core influencer over the last decade alongside his fellow Made in Chelsea star Spencer Matthews (whose wedding to wife Vogue Williams, Laing officiated) although Laing has openly discussed his cosmetic procedures and beauty regime, including his hair transplant in 2018.

Has Jaime Lang Had a Hair Transplant?

Originally attending the hair transplant clinic to support a friend, Laing was keen to undergo the procedure himself to help retain a more youthful appearance. Although being a natural blonde allows a receding hairline to hide a little more easily, he nevertheless decided this was the right procedure for him.

Attending one of the most prestigious clinics for hair transplant procedures, Laing underwent the modern procedure of FUE (follicular unit excision) transplant. By using his own hair follicles, removed carefully one by one from around the base of the scalp or areas of the head where hair growth is still thick, Laing has been able to increase his hairline while also retaining his natural hair colour. 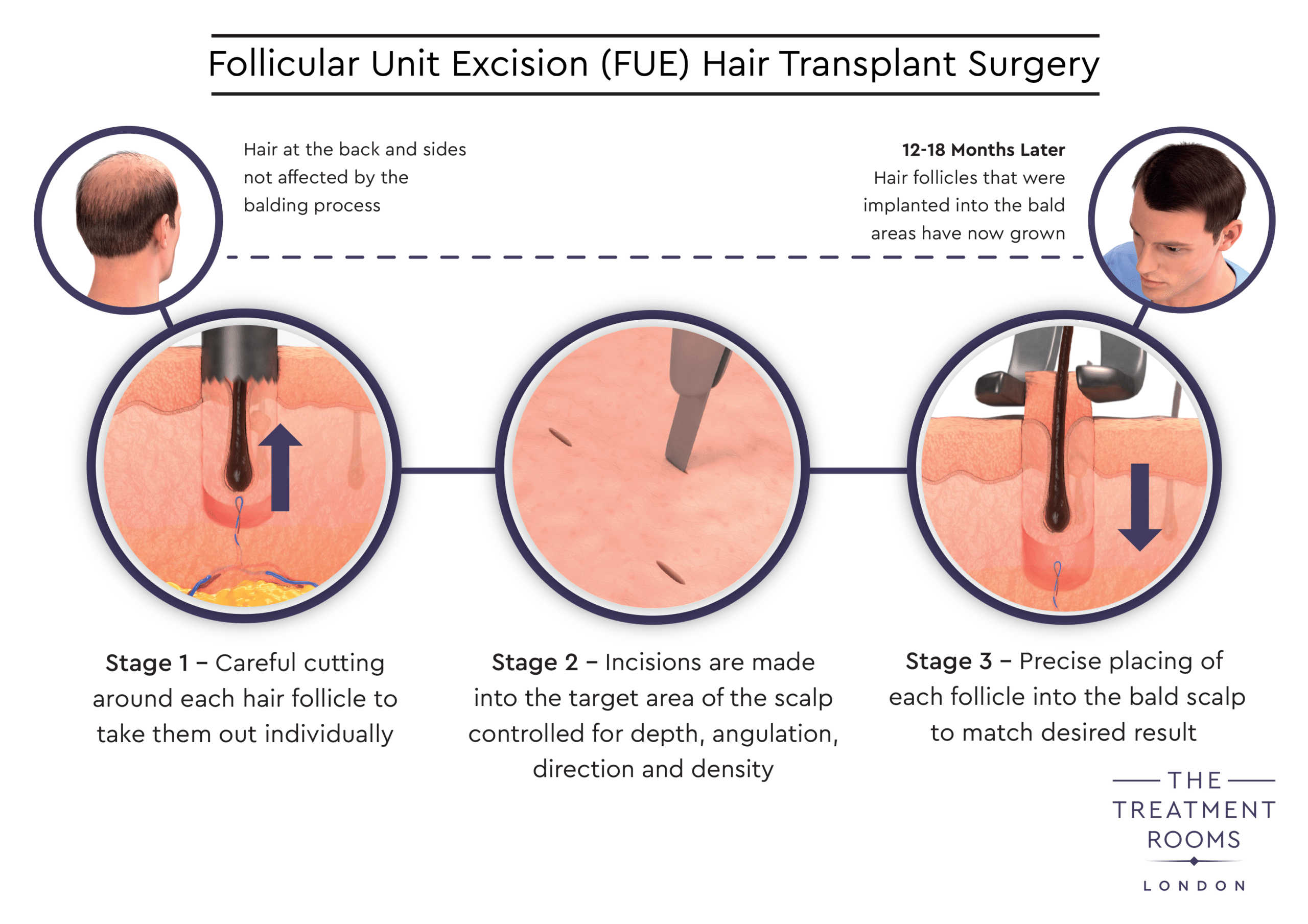 What does an FUE Transplant involve?

The FUE transplant is a very quick procedure, both in terms of the time required in surgery and the recovery period for the patient. Thanks to it being conducted under local anaesthetic, patients can be back up and on their feet the same day – something Laing was keen to point out when he debuted his new hairline on an episode of Made in Chelsea.

The star has since shown off the success of his FUE transplant in the 2019 series of Made in Chelsea and on Strictly Come Dancing, with his blonde hair looking thicker and more natural than ever before. He even joked he had ‘too much of it’ now, thanks to the successful hair transplant treatment.

Can anyone have an FUE Hair transplant?

If you are interested in finding out if you are able to have an FUE transplant, contact The Treatment Rooms today and speak to one of our team about arranging a discrete, video consultation.